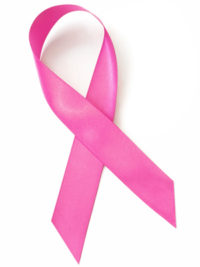 War Stories: Perspectives on the Battle with Cancer — a Conversation with Camille LaCognata

The day after we officially incorporated Boomer Connections, LLC, one of us was facing cancer surgery. This is Camille’s story. This Boomer’s Life is about Boomers connecting with each other, for sharing stories and exchanging helpful information. Camille is by nature a private person, but felt sharing her experience would be helpful to others with the same questions, facing the same fears. We encourage you to share your own war stories if you feel comfortable.

Camille was first diagnosed with breast cancer 8 years ago at age 59 and chose to have a lumpectomy followed by radiation therapy, which was successful. She describes herself as the “poster child” for early detection. She had regular mammograms and the cancerous cells when discovered were the size of the head of a pin, although the margins were the size of a golf ball. Hence the lumpectomy, which she describes as a non-event. She never missed a day of work. Checkups were conducted every 6 months for awhile, then every year. While going forward she had to keep close tabs on her health, she felt she had escaped the worst until the day a few months ago when her doctor discovered a large tumor. She had been told after the lumpectomy that if she got past 5 years with no re-occurrence, the chances were small, so she was blindsided by the diagnosis.

Then the wrenching choices: Single mastectomy or double? Reconstructive surgery or not? Camille chose the latter in both cases. The 2 months between the discovery of the tumor and the surgery were the most difficult of her life, anxiety like she had never experienced—the anticipation, “the what if?” She rushed to get her affairs in order such as power of attorney and medical directive. “Don’t wait like I did” is her advice to others.

My two biggest fears going into this were the thought of having to go through chemo and the fear of having to treat a wound that I envisioned to be terrible. Neither of those fears was realized. The cancer had not spread to my lymph nodes or elsewhere so the mastectomy and removal of the lymph nodes took care of it. The surgery scars were closed with skin glue so the tissue heals from underneath with no bandages to change. Such a relief.

Soon after surgery I was fully awake, not even groggy from the anesthesia. I insisted on getting out of bed, despite the nurses warning I should not be on my feet. I have felt worse with a bad cold. I felt almost back to myself within a day, eating normally. Extra strength Tylenol was all I took for pain during the day, but I took my pain meds at night for a couple of days. I went home the next morning; the major discomfort was the drainage tubes. My surgery was Wednesday and these came the next Tuesday. It felt weird, not necessary painful, when they pulled them out. Obviously, these left holes under my arms, the thought of which also made me feel weird. I couldn’t look. But these close up on their own. The miracle of modern medicine. I was driving the week after surgery.

At two weeks out, there are issues. I don’t have the same energy level as before, so I take a 2-hour nap each day. I have to sleep on my back. Side sleeping is painful and no way can I sleep on my stomach as I used to. There is an annoying sensation, sort of a burning, where the lymph nodes were taken—probably nerve damage. The scar is hard to look at. I expected at some point to be really emotional and have a good cry, but I haven’t needed it yet. I think I’m past it. I don’t know why, I guess it’s the relief of how much better I felt than I expected. Here is how I think of it: If I had to lose a body part, it would have been so much worse to lose a limb, or eyesight, or hearing. Losing my breasts will affect my life so much less.

Of course it was difficult, but after it was over I couldn’t help but ask: “Is that all there is?” I’m the same person I was 2 weeks ago. Life goes on. To put it bluntly, basically it comes down to the choice of a mastectomy or dying. I chose life.

What is the moral of the story, what do I want to pass on? Don’t be so afraid, it’s not the end of the world. And: EARLY DETECTION. Mammograms save lives.

Posted onJuly 30, 2019November 3, 2019  |  2comments on War Stories: Perspectives on the Battle with Cancer — a Conversation with Camille LaCognata Tagshealth