In this series about Inspirational Boomers, we introduce you to individuals who have an important story to tell, or who have overcome odds, or who are doing interesting work—and influencing the world in their own unique way.

Michael Boykin, born and raised right here in Richmond VA, has had a full and interesting life. As a journalist, he has a lot of interesting stories to tell. But what makes him an Inspirational Boomer, is the story of his 28 years of sobriety.

Alcoholism surfaced in Michael’s family on both his father and mother’s side, so his parents were a strictly abstaining family. When he saw his older brother start to develop a drinking habit and the subsequent toll it took on his mother, he vowed never to succumb. “Alcoholism is a disease,” he plainly states, “a progressive and potentially fatal disease.”

Yet, social drinking began in college—no big deal, no problem, he told himself. It escalated after he began his first job as a newspaper reporter. With newfound freedom and an active social life involving lots of alcohol, it was easy to join in. This was exacerbated by a friend and roommate who was an “enabler.” The situation soon spiraled out of control, and the addiction to both alcohol and cigarettes began to darken Michael’s life.

Still, he was in denial. A counselor he was seeing at the time clearly warned Michael that he was an alcoholic, and a co-alcoholic with his roommate. The same counselor suggested a book on the topic that incorporated motivational lessons and a belief system that resonated with Michael on many levels. He describes his moment of realization as nothing less than an out-of-body experience. “Truly, I looked down at myself as I was talking to the counselor and the Spirit lifted my desire to drink,” he says. “From that moment on it became disgusting to me.” The effect was indeed profound. He never touched alcohol again and finds no temptation whatsoever.

Michael strongly believes a Higher Power is at work in his life: guiding it, shaping it…and saving it. In our discussion, he illustrated a few significant moments when he especially felt this presence.

After he started on the road to recovery, many “guides” came into his life. Early on he joined a gym to focus on health and there met another Michael who invited him to an Alcoholics Anonymous (AA) meeting, and he realized immediately it was the right place for him to be. “I knew this was God leading me to the right people. Doors opened for me to come in.”

On the 5th anniversary of his sobriety, Michael made another step forward and committed to stop smoking, which he found even more tempting and addictive than drink. Again he felt a spiritual guidance when a friend referred him to a hypnotherapist and again he found success. “Just as with my addiction to alcohol, I turned my will over to a higher power,” he says.

In 1990, Michael’s mother had a stroke and lived 5 years with its debilitating effects. His parents had separated after over 40 years of marriage and because of his sobriety he was able to step in and oversee her care, and be present. “The Hand of God prepared me to take care of her with a clear mind and heart,” he says. “I feel so good about that.”

A few years after her passing, Michael took up bicycling as part of his ongoing commitment to healthy living. During an organized ride, he fell and sustained a concussion, despite his helmet. In the course of treatment, doctors discovered a brain cyst, which had it gone undiscovered and untreated, could have erupted and resulted in instant death or hydrocephalus.

Open brain surgery was scheduled 2 weeks later, followed by 2 more weeks of recovery without complications. Just a year before Michael had taken a job with Richmond Association for Retarded Citizens (ARC) and had earned the 2 weeks vacation and 2 weeks sick leave, exactly what he needed for recovery: “So many pieces fit so closely.”

His recovery and the mindset he came to live by led him to mend his fractured relationship with his father and his new wife, who were by his side as he faced surgery and recovery. It guided him through as his Dad was diagnosed with rapid onset dementia, and the resulting emotionally wrenching decline and eventual need for hospice care. Michael found more guides as he called on his network within Richmond Senior Network and Partners in Healthcare, who helped him locate the critical resources the family needed. 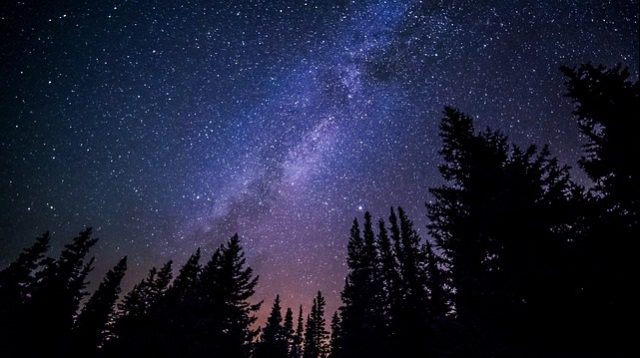 Some dozen years after Michael got sober, he got a call late one night. It was the brother of his former roommate telling him that his old friend had dropped dead at work that day. He was not yet 50 years old, yet had acute hepatitis, a swollen liver and was jaundiced from his drinking. When his siblings retrieved his car, it was littered with empty vodka and mouthwash bottles. “Again, there, but by the grace of God….that could have been me,” he says.

Michael’s advice to anyone facing addiction is to seek out Alcoholics Anonymous (AA). “What worked for me has worked for millions of people before me.” He explains that sustaining recovery is largely due to three key facets: First the AA meetings, where you hear other people’s stories. The power of storytelling is critical to the AA recovery program, as hearing them provides hope and strength, and the empathy of a shared experience. The stories of others also reinforce the actions you need to take. The other steps to success include one on one meetings with a sponsor, and self-education by reading and attending seminars.

Traditional therapy is also a course of action, but Michael also points out the difference between a psychiatric approach to treatment, which works on changing your thinking first—and AA’s approach, which advocates changing your behavior first.

The recounting of Michael’s progress began and ended with his relating the importance of the Higher Power that has redirected the course of his life. This spiritual element is at the core of the AA recovery program, which has been remarkably successful and life-changing for countless people. Some call this power God, but not necessarily that which is taught in church. In describing this Higher Power, Michael separates religion from faith, which simplified his relationship with God, where ritual became less important. “Now I just look at the stars and enjoy them, look at a tree and be grateful,” he says. “I see something out there greater than me, which is not in the confines of a building.”