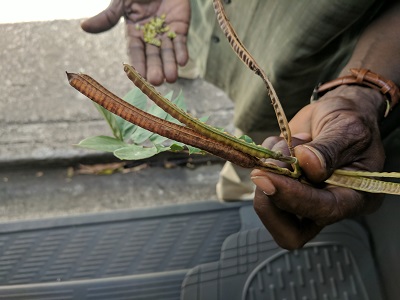 OK Boomers, as I launch into my Let’s Wander series, here is what I propose as you wander: Look for one great takeaway, one fascinating tidbit to take home, even if the trip goal is just lazy relaxation.

On a recent trip to St. Kitts I was handed an especially fascinating experience. It was totally unexpected. The goal of my trip was indeed lazy relaxation on some of the most beautiful beaches in the world. 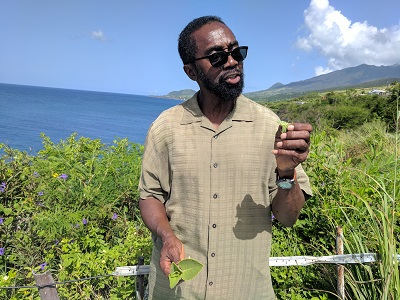 The only excursion we booked was a tour of the island. We hoped to get an overview of our home for the week, and took the low-key, chauffered option. And so we met our wonderful guide Rosevelt. Such a character! He pulled up jauntily to the hotel in a 12-person van and jumped out with a sign that said “Blazer.” That would be us! (My sister Vicki was traveling with me.) As it turned out we had the benefit of a private tour. It was the low season on St Kitts, so no other tourists had booked. Rosevelt and Vicki and I became fast friends. Vicki is a scientist and I am just curious, and it soon became apparent that Rosevelt had a huge interest in the natural world, a tour guide who is also a self-educated botanist/nutritionist. In us he found a rapt audience, and he was off to the races. 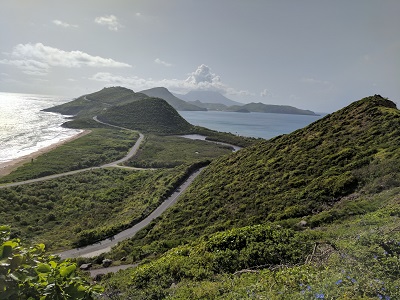 We tooled all around that island, over hill and dale. All along the way, Rosevelt called out to his buddies in the towns and on the road. Everywhere we would stop, he would jump out and educate us about the flora and fauna particular to St. Kitts. Did you know the island is populated by scores of cute little monkeys? The islanders actually think of them more as little devils, because they decimate the crops and foliage and make a huge nuisance of themselves. Did you know St Kitts is one of the few places in the world that two oceans meet: the Caribbean and the Atlantic? So we stood atop the highest peak on the island with 2 different oceans on either side. 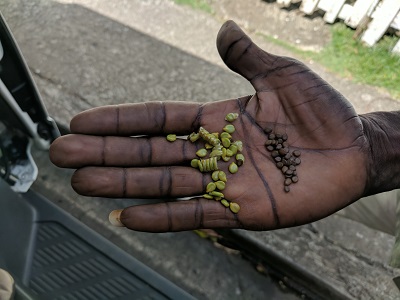 At one point Rosevelt stopped by the side of the road and gathered a handful of wild herbs and had us sniff. He was amazed when I could identify the first three by scent: basil, lemongrass, lemon balm. I was pretty proud of myself. The last one smelled like thyme but was a huge leaf, not the tiny-leafed thyme I grow in my herb garden. Turned out it was indeed a thyme variety, it just grows to be huge in the tropical climate (see photo). 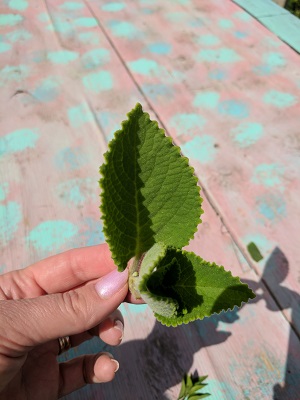 But one of the most fascinating finds that Rosevelt shared was this pod. It grows abundantly on the island, a weed really, and when the green seeds turn brown they can be ground up into a coffee-like beverage that he believes is just as good as or better than traditional coffee. He spoke of his notion of becoming a wealthy man by introducing these pods to Starbucks.

All along the way, we learned and heard about things that Rosevelt would likely never have shared with the traditional photo-hungry tour group. Our 3-hour tour turned into more like a 6-hour tour, and by the end of it, Rosevelt felt like family. At one point he asked if we minded if he picked up his 5-year-old daughter to take her along for the ride, and of course, we didn’t. So she hopped in the front seat next to her Dad, a little pigtailed sweetie. We had no rental car and it was our first day on the island, so Rosevelt kindly offered to take us to the grocery store, on his own time, so we could avoid having to engage a taxi and pay a hefty fare. He waited patiently while we scrambled to figure out what we would need for a week (snacks to go with happy hour mostly!) and to figure out the currency exchange and the many products that were completely unfamiliar to us. 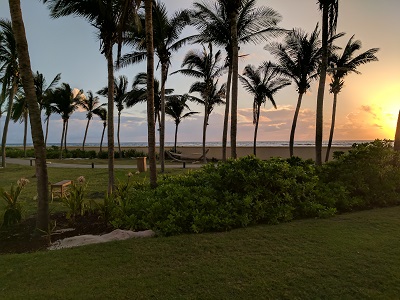 This memorable, happy day reminded me of the amazing experiences that can be had, especially when visiting other countries and other cultures, if you remain curious, ask questions, and then respectfully listen.

As I launch into my Let’s Wander series, I stand by this formula:
Boomer Travel=Living + Learning. Most of the vacation was indeed lazy and relaxing, just enjoying St. Kitts’ stunning ocean and sunshine, but I came away with a few really good stories. Thank you, Rosevelt!

And by the way, if you are ever in St. Kitts here is Rosevelt’s contact info 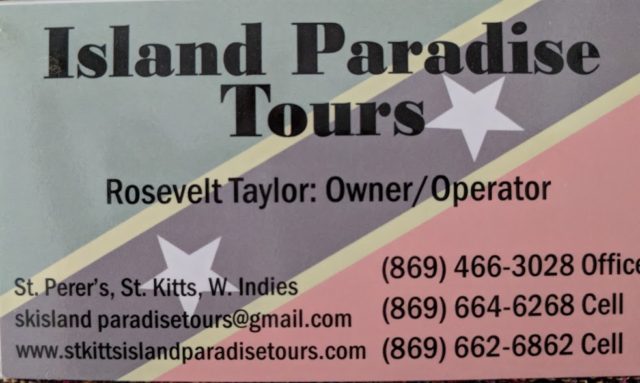 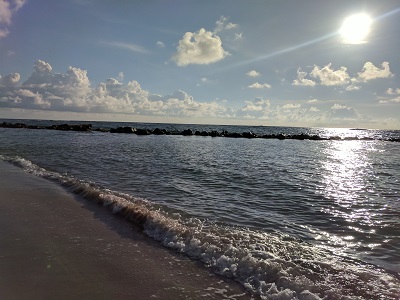 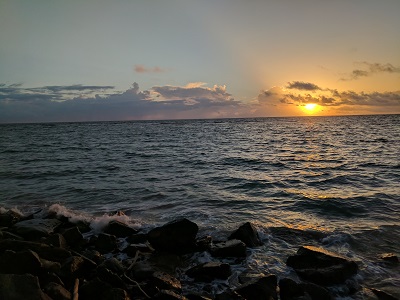 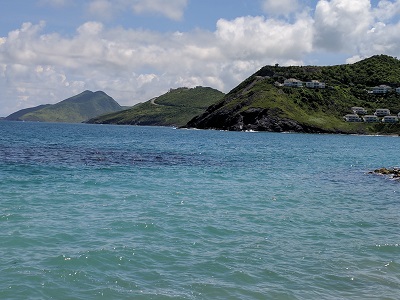 One thought on “Boomer Travel=Living + Learning: A Day with Rosevelt”