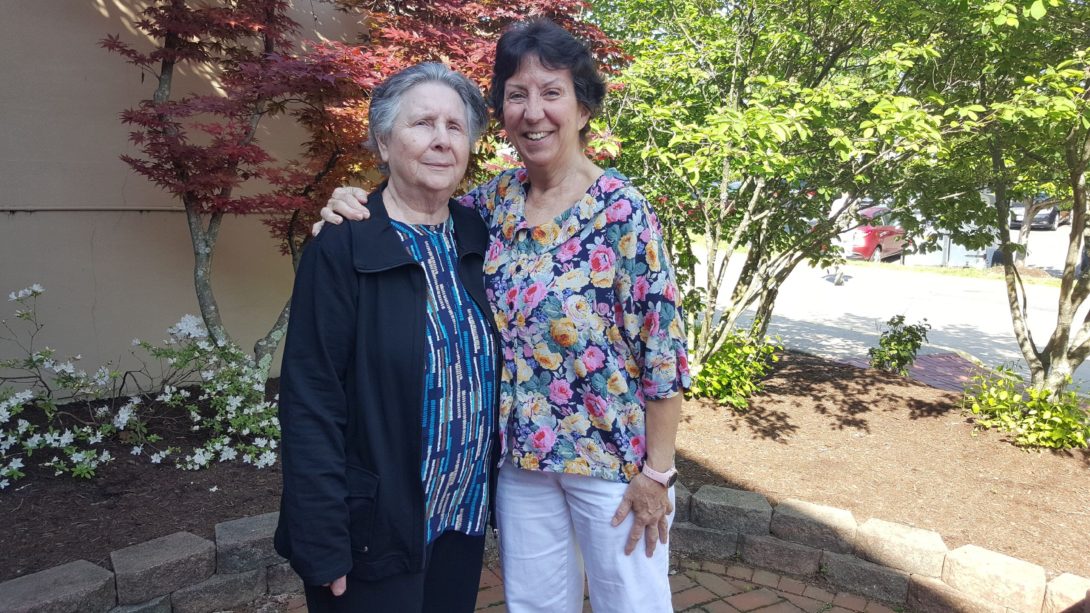 A Tribute to My Mother, Josephine

In honor of Mother’s Day, we here at Boomer Connections decided to write a tribute to our mothers.  I am very fortunate that my mother is still with me.  She lives in Lexington, KY near my sister.  I do get to see her every couple of months or so.  It is fun! We talk about what’s going on in our lives and just enjoy spending time together.

Mom is one of the strongest people I know.  She has been through a lot over her lifetime and has come through it with dignity.  She has always been there for me and my siblings.  She got involved in our lives and was always a strong supporter of whatever we wanted to accomplish.  I learned a lot from her.  She is intelligent and compassionate.  Her family is the most important thing to her.  She shows us unconditional love no matter what!

My grandparents met in Tunis and got married.  That is where Mom and her five siblings were born. My mother’s family was living in Tunis, Tunisia during World War II when the allies dropped bombs to take out Mussolini’s ships.  The family all survived that time, but had to move to where my great grandmother lived to stay safe.  There they shared one apartment with three other families.  My mother never forgot when the soldiers had taken over the city.  Those were very tough and scary times.  My uncle and grandfather had to go in town to work.  My grandmother would be looking out for them when they were expected to come home.  She didn’t relax until she saw them on their way back home.  She said many prayers at that time!

Food was scarce.  Mom’s family was poor and didn’t always have enough food to eat.  My grandmother had to feed a family of eight with little food.  She had to wait in long lines to get the little bit of food she could to feed her six children and husband.  Many times, she had to beg the soldiers for food to feed her children.  Because of this experience, Mom always appreciated the simple things in life.

There is so much more I could tell, but when I look back on what my ancestors had to experience and how they survived, I am in such awe and so proud to be part of this long line of amazingly strong women.  I am proud to be Josephine’s daughter!

Marie Giammarco is a mid generation Boomer who came of age in suburban New York, 50 miles north of the city. A child whose mom and grandparents were Italian immigrants, her close knit family defined her growing up years. The product of an environment that revolved around food, health, and physical activity, she saw many elderly people age before their time because they lacked these things. She has a passion to help Boomers and Seniors to be active and live a longer, more healthy life.

One thought on “A Tribute to My Mother, Josephine”