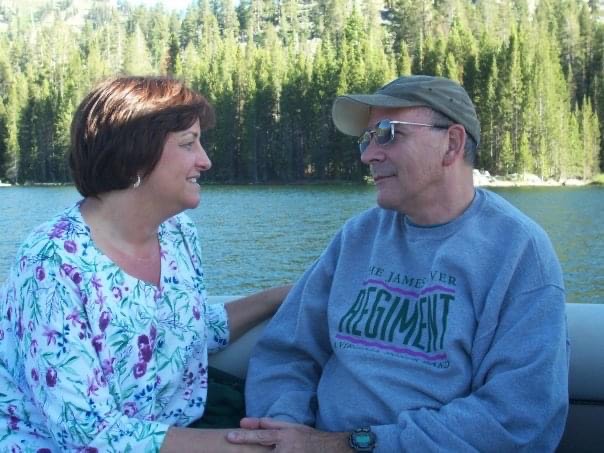 Some time ago I wrote about our family cabin, located in the Sierra Nevada Mountains in California, which my siblings and I inherited. Interesting story, if I do say so myself. (See Boomer Memories: The Summer Cabin)

The cabin has been in our family for 4 generations.  I described the challenges of becoming one of the owners of this 100-year old cabin and the challenges we faced in restoring it to its former glory, magnified by the fact that we all live on the East. Coast.  I felt privileged being called to help restore this special place I’ve known all my life.  When we were growing up, Mom would take us there and spend most of the summer.  There, in the Sierra National Forest in California, we spent days just wandering the forest among the giant pine trees: Tamarack, Ponderosa Pine, Sequoia, Jeffrey Pine, Sugar Pine, and many more.  We brought loads of pinecones back home with us.  With our sticky little pine sap-covered hands, we would glue the small pinecones to fragrant, lichen-covered pine bark that we picked up off the ground and make wonderful treasures of our time at the lake.  I still have one proudly on display in my living room.  There was always something to do while we were at the cabin. I fondly remember fishing, hiking, swimming in the icy lake water, playing with our cabin friends, and performing skits around a bonfire at night then roasting marshmallows over the fire.

We moved to Virginia in 1971, when I was a pre-teen, so I was only able to visit the cabin every so often over the years.  I saved my own money and visited California and the cabin only a couple of times before I graduated from high school.  I even got to go to the Saturday night dance at Lakeshore once during one of those visits – a milestone for any teen who visits Huntington Lake.  But once I was out of high school and attending college, my life was busy with other diversions.  I worked while I was in college, I met my husband Tom, and then we got married.  We were both finishing our degrees and then began working full time, so vacation time was limited.  But Tom wanted to see this “Huntington Lake that I talked so much about,” so we went to California and stayed at the cabin for a week.  Several more years went by before our next visit, but it was then, as an adult, that I finally reconnected with the families around us who I had known as a child.  The memories flooded back as we reconnected, and I saw how wonderful sharing Huntington Lake was with others who felt the same way about it.

People ask me all the time what makes Huntington Lake so special. Other than the lifetime of memories, it is the community that we have there.  These are lifetime friends and neighbors who are always at the ready to help out or offer an invitation to join them at their campfire and have a drink.  We share fond memories and stories.  The reasons why this place is so special seem the same for all of the families. 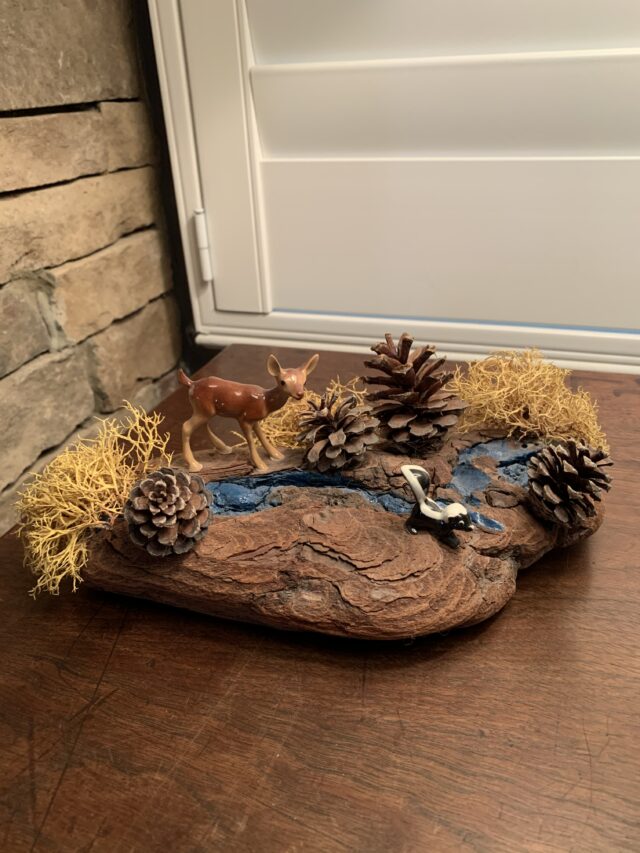 In the summer of 2007, my husband and I were celebrating our 25th Wedding Anniversary.  We decided to take our family to Huntington Lake for vacation.  Little did Tom know that, while we were there, I had arranged to renew our wedding vows on the lake.  Swearing the kids to secrecy, they agreed to help me pull off the surprise.  We arranged for a sunset cruise on a pontoon boat I rented from Huntington Lake Resort.  The resort owners, Nancy and Roy Omachi, helped find a minister.  The day of our sunset cruise arrived.  The minister John and his wife Sue were already on board the boat when we arrived. I bought dinner for everyone, Nancy and Roy threw in a bottle of wine! The Captain of the boat, a young man named Brandon, took us out onto the lake.  It was a beautiful, clear evening, and the kids steered the conversation towards people being married on the lake.  Brandon agreed that a lot of people get married on the lake.  Then one of the kids, having heard John tell their dad he was a minister, suggested that John might renew our vows. John agreed and pulled out a book which he had tucked away.  When he opened the book, Tom saw that John had written on the page, “Renewal Vows for Tom and Jennifer Pool.” To say Tom was surprised would be an understatement!  He was stunned.  He looked up at me and said, “I’ve been had!”  We all had a good laugh, and then John renewing our vows.  Such a special memory for all of us!

The summer of 2019 I spent a month alone at the cabin, planning to tackle some projects while I was there.  I was a little worried for my safety, climbing ladders, etc. What if I had an accident and no one knew I was there and had been hurt? I reached out to my neighbors, who suggested that I come out when they would also be at their cabin and while I was there, other neighbors also came and introduced themselves to me.  It was a lovely month, I was not alone, and I felt safe.  I made new Huntington Lake connections and I had the time of my life! Another precious memory.

This summer California has been plagued by wildfires, many more than normal.  I had just returned home from California after spending three glorious weeks at the cabin.  It never changes.  When you walk in the door it looks the same as it did when I was a little girl.  It smells the same, too.  I closed the cabin for the upcoming winter season and walked out the door for what would be the last time.  Two weeks later, as I watched news coverage of the wildfires in California. A new fire was identified: The Creek Fire. It started in the town of Big Creek, a small mountain community consisting mostly of Southern Cal Edison employees who work at the power station there.  The origin of the fire has not yet been determined, but wildfires in California are fueled by drought conditions, high temperatures, and erratic winds.  All three factors were in play that Labor Day weekend.  What started as a very small fire quickly spread into a much larger fire when the winds turned to the northeast, blowing it up through a ravine to the higher elevations of the Sierra National Forest.  Because of an extended period of draught, thousands of dead pine trees still stood while others lay on the forest floor along with other natural debris, contributing to fuel the fire.  You can call conditions for a massive wildfire a “perfect storm.”

The devastation the fire exacted on our communities around Huntington Lake would prove to be disastrous.  Volunteer firefighters immediately evacuated the area while the fire raced closer and closer to our summer cabins.  At first, they were able to bulldoze fire break lines into place, protecting many cabins and other structures on the western end of the lake.  But the erratic winds made it difficult to tell what direction the fire would take next.  It seemed to explode in size while it consumed dead pine trees and natural debris in its path.  Firefighters were simply overwhelmed, and conditions were too dangerous for them to do much more until they could get additional help in fighting the fire.

The Creek Fire grew to a size and ferocity that, when combined with intense rising heat and turbulent wind conditions, formed whirling eddies of air resulting in “fire tornadoes.”  The fire tore through our tract of 63 cabins destroying 43 of them, including ours.  As it continued moving in an easterly direction, firefighters were finally able to dig additional bulldozer fire break lines and stop the fire from moving any farther eastward.  Again, the winds shifted towards the north, and the Creek Fire turned its wrath towards other areas within the forest.  The fires around Huntington Lake were contained, but the area is still dangerous because of spot fires, downed power lines, downed trees, and other hazards resulting from a fire of this magnitude.

From my home in Virginia, all I could do was watch the reports on television and wait for someone to notify me.  I saw the fire maps showing the fire advancing towards where our cabin was located.  I saw the size of the Creek Fire grow from 5000 acres to 20,000 acres to 36,000 acres…  It has now burned almost 300,000 acres.  I saw pictures people posted online of the devastation. I felt so helpless.  I could do nothing.  Even if I were in California I would not be allowed to go up to the lake.

I would have to wait several days before I was notified that our cabin had been destroyed.  Once I was notified, it was several more days before I would finally see the photograph posted by CalFire that allowed me to definitively identify the remains of our cabin. My heart and my mind knew the cabin was gone, but my soul just couldn’t let go. I was not prepared for how it would feel.  It feels like a death.  I guess it’s as close to a death as something could be.  That special place I have known all of my life is gone.

The landscape will look much different the next time I see it.  But the memories still remain, and the Huntington Lake Community still remains, too.  The families with whom I share a lifetime of memories, precious memories, will still be there.  We have vowed to each other that we will all be there for each other.  There will be more new connections to cherish as all of us help each other through this time of grief and rebuilding.  There is hope and the knowledge that we will build new memories and friendships.  No, it will never be the same, but we will emerge as new from something that has been destroyed.