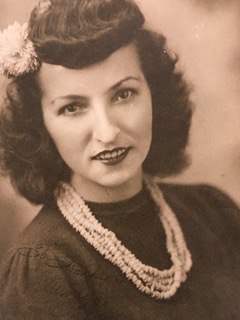 Our cultural tradition of matriarchal leadership in our huge Mexican family taught me a lot about how powerful we become when wisdom and love pass from generation to generation. The women on my father’s side modeled the grit and grace that sparked and continues to fire a passion for life. 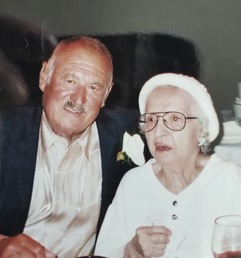 My Grandma Maria’s family immigrated to the U.S. in 1917, after my great-great-grandfather saved up enough to enter our country safely with his family. He was drawn to the U.S. by the dream of a better life. My grandmother, Maria, was eight years old at the time.

Grandma Mary—that’s what we called her—had six siblings. All were amazing, resilient children who grew up to be entrepreneurs, following the footsteps of their father who owned the local grocery store.

One of Grandma’s sisters, my great aunt Juanita, became a hairstylist and with her sister, Lily, opened a salon in 1958 in Los Angeles.  They operated the salon until the early ’70s.  Even after they “retired” and moved to Arizona, they continued styling the local ladies’ hair. 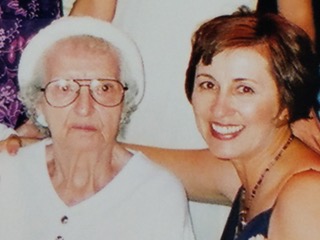 I loved this lady so much. She was godmother (Nina) to me and my five sisters, and we saw her when she came to visit my grandmother.

Nina would laugh and joke about her life. Her nickname was “Juanita la mas bonita”, which means “Juanita the most beautiful.” Yes, she was a beauty, chic and hip. We were mesmerized and entertained by her and Lily. They were quite a pair. And when they got together with my Grandma Mary and all of my aunts, there was so much laughter. 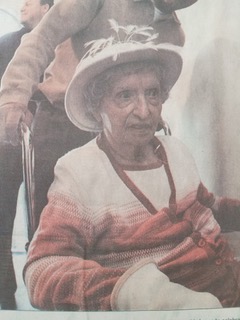 My Nina never had children and only one marriage which ended in divorce. She was fiercely independent until she eventually went into assisted living. On her 100th birthday, one of her many nieces threw her a huge bash. We were all blessed to be there, along with the 125 other guests and mariachis who serenaded her in the traditional Las Mananitas birthday song.

During this time Nina was interviewed by the local news.  The reporter asked her how she had managed to stay healthy for so long. She answered that really didn’t know, except that she, “lived a good life and ate breakfast.”

She was asked what it meant to live a fulfilled life. Her advice was to do the best you can, don’t stress yourself out, don’t give yourself grief. “My joy,” she said, “is to treat people well…get along with people.”

She was finally asked about her most precious joy in life. She told the world that her faith was everything to her.  She had a deep faith and belief in God and, “even though I may not have served Him in every way…I live my life every day by the Word.”

Take care of your health, treat people well, and have faith in God. Timely advice even for today.

Thank you, Nina.  May we all learn to live like you—strong, wise, loving.

Yolanda Gray is a faith-based coach, speaker and author for the Christian professional woman who feels trapped by an out-of-control lifestyle. She works with them to take back their lives from exhausted, overwhelmed and anxious to living in God’s purpose and power, authentically and confidently. She hosts and facilitates energizing, interactive, thought-provoking workshops and empowering restorative retreats. Yolanda earned a Bachelor's degree in Human Development, a Master’s degree in Human Relations and a certification in Professional Life Coaching through P4 Coaching Institute—an ICF accredited program. Contact her at yolandagray.com or email: yolanda@yolandagray.com