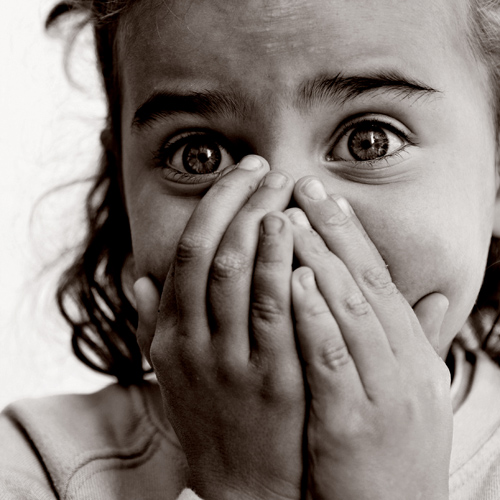 Truly a Christmas I Will Never Forget

Ava and I were not only cousins, but we called ourselves the bestest of best friends. Eight years old, living in a rural area, we lived on a country road where everybody was kinfolk in some way or another.  Ava lived across the field from me.  That year, Daddy had planted and harvested peanuts in that field; next year, it would be cotton.  We were too young to work in the fields, but we sure did enjoy the oven roasted peanuts.  These were leftovers after Daddy had taken the bulk of them uptown to market. On occasion, Momma would take out the big black pan that she used to bake biscuits, load it up with peanuts in the shell, and shove it into the wood-burning oven.  Umm, good!

It was the Christmas of 1959 – I’ll never forget it.  Ava had gotten a pretty blonde doll with what looked to be real teeth.  I had gotten a tea set, which, I was told, was made out of fine china.  What excitement we had that day to find what we wanted Santa to bring us.  We were both the ‘baby’ of our families.  I had six brothers and she had two sisters and two brothers.  Needless to say, she and I were a bit spoiled.

Ava came over to my house to show me her doll; I showed her my tea set.  We were both happily jumping up and down!  Soon we decided to take our presents outside to play.  It wasn’t very cold at all, being a winter day, but we still had to bundle up. As Momma said, “You’ll be laying up ‘barking’ all night with a bad cold, if you don’t.”  We stuffed our coat pockets full of the roasted peanuts Momma had cooked the night before.  Since neither one of our houses had a porch, we went down the road a little ways to play on the front porch of Cousin Jerry and his wife Susanna.  They were an elderly couple with no children and it was understood that Ava and I could come play on the porch whenever we wanted.  We were having fun at the tea party, with the doll as our special guest.  Ava named her Connie.  Whenever Connie said something, Ava had to tell me what she said.  She told me that Connie said that she was enjoying herself and had never tasted roasted peanuts this good before!

I was just now noticing how quiet it was in the house.  Matter of fact, it seemed too quiet. I didn’t even smell any good Christmas food baking.  I went around back and didn’t see Cousin Jerry’s car. He must still be at work, I thought.  So, I went back up on the front porch, deciding to look through the glass of the front door.  Standing on the tippiest tip of my toes, I looked.  I saw a pair of eyes looking back at me.  Are these my eyes?  I slowly moved my head to the right – the eyes stayed where they were; I slowly moved to the left – the eyes stayed where they were.  Oh no, somebody is looking at me and it didn’t look like Cousin Susanna!  Meanwhile, Ava and Connie were steadily eating the roasted peanuts, laughing and talking to each other, oblivious to what I was doing.  I whispered to Ava to come take a look, not telling her what I saw and when she did, she saw the eyes, too!  When I gave her a slight shove so that I could look again, the eyes had moved back from the door and I saw a lady, dressed in all black with a black lace scarf coming down around her face.  She was making hand motions as if she was sewing.

As our hearts were beating fast, I whispered to Ava that we needed to let Cousin Susanna know that there was a lady in her house.  We went to the other end of the porch and started lightly tapping on her bedroom window to get her attention.  She had the shade pulled down, but had left just enough space for us to peer in down at the very bottom of the shade where we could see her laying across her bed taking a nap.  We were tapping and calling her name, but she wouldn’t wake up.  We didn’t dare knock on the front door because we didn’t want that strange lady to know we were telling on her.

When it looked hopeless that she would wake up, we jumped down off the porch to run home, almost forgetting to gather up our doll and tea set.  When we came back to get them, that’s when Cousin Susanna opened the door.  She had a strange, dazed look on her face, as she asked us what we wanted.  Both of us chimed in at the same time telling her about this strange lady we saw standing near where she was standing.  She answered, “Ain’t nobody here but me.”  Unconvinced, I tried to peer around in back of her to see for myself and sure enough, no one was there.

Ava and I were already on the ground as we were talking to her.  There was nothing left to do but turn and take off running home.  We didn’t say ‘good-bye’, ‘see you later’ or anything.  We were out of there!  We stopped when we got to the field, out of breath, to go our separate ways.  We did a pinky-swear handshake to always remember what we saw and that nobody would be able to tell us anything different.

Before I could get in the house, Daddy was coming down the steps.  I started telling him about the lady  Ava and I saw, describing her as best as I could.  He shushed me and said, “Ya’ll didn’t see no such’a thing.”  I tried all I could to convince him we did, but it was useless.  When I got inside, I wasn’t feeling so good.  I could smell the ham and turkey set on top the stove and coconut pies Momma was taking out of the oven, but still I wasn’t feeling so good.  I just wanted to go lie down and cover up my head to try to forget about what we saw.  But before I did, I looked out of the window and I could see Daddy across the field laughing and talking to Cousin Ann, Ava’s mom.  By this time, Ava had already told her, too.  I was guessing they were talking about us – not believing us at all.  All of a sudden, I remembered my tea set.  Did I break my fine china as I was running?  As I inspected each piece separately, I saw that they were all still looking brand new.  Good!  But I still was not feeling so good.  I was glad Momma and my brothers were occupied and not coming to ask me what was wrong.

About a year or so after I finished high school, Daddy called me aside.  Momma had already passed by this time.  “Do you remember that story about the lady you and Ava saw at Cousin Jerry’s and Susanna’s?” he asked.  I told him I would never forget it.  He then said to me that the lady we saw was Cousin Jerry’s mother, who had died a good ten years before Ava and I were born. She had died in that house and the clothes I described was what she was buried in.  He said he hadn’t wanted to agree to what I saw because he didn’t ever want us to be scared to go back down to their house and play on their porch.  I knew it, I knew it was true!  But I still always wondered why Cousin Susanna wasn’t up doing her usual Christmas cooking; maybe that’s why that lady showed up that day.   He told me that she had been sick all that week and that Cousin Jerry had driven eight miles to the country store to get last minute ingredients for her pies and potato salad.  He said that Cousin Susanna died three weeks later; I had not remembered that part, sorry to say.

Recently, Ava and I reunited at one of our annual family reunions.  In our late 60’s, we hadn’t seen each other in years.  We went over to a corner and started talking.  She asked me,” Do you remember that lady we saw at Cousin Susanna’s?”  I said, “I’ll never forget it.”  And she said, “I will never forget it either!”

Posted onDecember 19, 2018January 13, 2019  |  Leave a comment on Truly a Christmas I Will Never Forget Tagsholidays memories