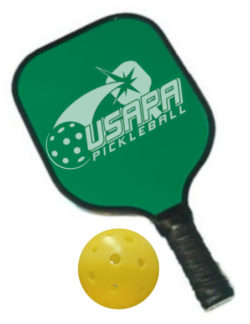 CategoriesDiary of an Empty Nester · This Boomer's Life

So my only child left me for college the other day. I had anticipated this day, and because I write a blog geared to Baby Boomer discoveries, I had developed a list of new and different things to try. This is my chance to fly, to expand my horizons as well. First up: Pickleball!

I have been hearing to much about this pastime, it seems to becoming a phenomenon around here, especially among the Baby Boomer crowd. Apparently it combines elements of badminton, tennis, and table tennis. I belong to a lovely gym by the name of ACAC and my squash trainer (did I mention I have been trying squash for the first time as well?) gave me a little intro to pickleball after my last lesson. While pickleball can be played indoors or out, At ACAC, the pickleball court has been created by placing a net in the middle of the squash court, which provided, thankfully, a contained area for my beginner’s incompetence.

The way it works at my gym is that there is a group of pickleballers who communicate via a group e-mail and decide among themselves to get together to play. When I arrived there were 6 others who showed up to play. Only 4 max can play at a time (other options are 2 or 3 players per court), so we simply rotated and took turns playing. There was no instructor, it is just loosely organized, but one very nice man named Don, obviously and experienced player has stepped up as the informal leader and taught us newcomers the ropes.

Okay, let me tell you, this game is FUN. I can only describe it as a cross between table tennis and actual tennis. The “racquet” is a paddle. The ball is sort of like a whiffle ball, plastic and light, with holes in it, or at least the one we used was. I think the official balls look a bit different. The paddle is small and light, a little larger but similar to a table tennis paddle, with a short shaft. I used the standard issue paddles provided by the gym which are simple wooden devices, but I noticed some of the other players had professional paddles, coated in plastic, which supposedly contact the ball more successfully.

All the players were in my age group, all Boomers, at advanced levels of experience. No one made me feel inadequate at all that I couldn’t even learn to serve that well even after many, many tries and that I of course missed many more than I hit. I found it to be far less physically demanding than either tennis or squash, which is just about right for someone like me who has been out of shape for years. Which is not to say it is mellow—it is definitely a fast moving game that keep you on your toes and it requires a good deal of finesse and technique. You simply don’t hit the ball as hard as other racquet sports. My few forays onto the squash court had made me feel like I was having heart failure.

I definitely need to take it slow. But I will get there, I just need to keep at it, just like anything. Even though I am starting this sport late in the game, as it were. I don’t care, I like it, it is another tool in the arsenal to help get me in shape, and I met some really nice people. There are many options for pickleball in my area, as I found when I searched the internet. I am a long way from playing formally, but if I get deep into it I know I will have lots of company.

Next up: Boxing Circuit training! Join me Boomers—what will your New Boomer Fun look like?