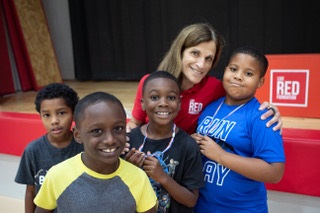 There are people you encounter on an ordinary day, and your instinct tells you that their story will be anything but ordinary. And I am never afraid to ask for the story. Such was the case when I met Jill Tarr. She told me about the challenges she has faced while carrying out a life’s work in the healing arts, and then transitioning into a Second Act that is focused on helping children.

And that is what makes Jill Tarr a cool person.

After a long career as a pediatric nurse practitioner, Jill works for and supports the Live Red Foundation. This non-profit grew out of a for-profit business, Endorphin Fitness, where Jill has trained for the last 15 years. Endorphin Fitness offers endurance training and coaching for adults and youth. Live Red Foundation is a community outreach mission that helps struggling and disadvantaged kids by offering mentorship and fitness programs—programs that teach 8 core life skills via sports and exercise. Lives are changed as the young people gain the mental and physical fortitude, as well as confidence and improved health, that comes with this training.

There is a reason that Jill feels strongly about the Live Red Foundation. She credits her commitment to health and wellness with saving her life.

Jill’s driving force is that she cannot bear to see others suffering or in pain. Her own pain has made her extremely empathetic to others. As a pediatric nurse, she helped ease children’s physical symptoms while providing moral support to parents dealing with one of the worst experiences—the distress of a child. Jill was that nurse you will never forget, the one who called to see how you were doing and how your kid was doing.

Jill was born into a dysfunctional family and at an early age knew she had to get out of it. She left home at 15, and from then was completely on her own. Needless to say, the path before her was harsh. It is a testimony to sheer guts and will that she not only survived but thrived. Early on she lived on the streets, working and supporting herself–and incredibly–not only putting herself through college, but graduate school as well. She holds a BA in Political Science and International Relations, a BS in Nursing, an MSN in Nursing, an M.ED Psychology, and is a Nationally Certified Pediatric Nurse Practitioner.

Part of what led Jill to pursue a career in nursing was her own experience: She has had a lifetime of chronic health issues that have been difficult to diagnose and therefore difficult to treat. After her two sons were born and they too had health issues, she decided to pursue the knowledge that would allow her to advocate for herself and others.

Her first serious health crisis was in 1990 and it was devasting: terminal lung disease. She was given little hope but refused to accept defeat. She had always been a runner and believes this saved her life. She was able to build herself up physically, walking and then eventually running again. A number of years later she ramped it up and started competing in triathlons in 2006. She told me her motivation was that she didn’t want to die before she had tried something that she watched others do but had always been outside her comfort zone.

While training with her team in 2011 she hit a pothole and ended up being helicoptered to the hospital with a traumatic brain injury. She survived—again—but between 2011 and 2014 she had 8 surgical procedures. “I was left with a limp and assorted plates and screws and cadaver bones, and I could no longer run,” Jill tells me. So, she got up again, regrouped again. She got on a bicycle and before long became a long-distance cyclist, riding 12-hour races, then multi-day races.

In 2015 she was hit by a car while riding and once again ended up back in a trauma unit. To date she counts something like 15 surgeries.  Like a cat with 9 lives she keeps defying the odds. It is an incredible journey, almost superhuman.

Many people tell Jill she is the unluckiest lucky person and the healthiest unhealthy person they know. “People think I am nuts for pushing my limits, but it has saved my life,” she says. The gym is the only place she experiences relief from the mental and physical relief from chronic pain. “When I feel the endorphins kick in, then I can shift out of anything.” 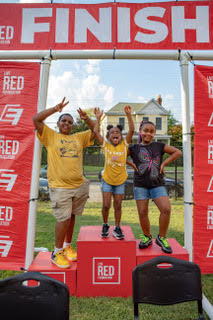 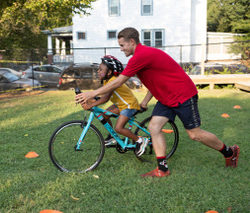 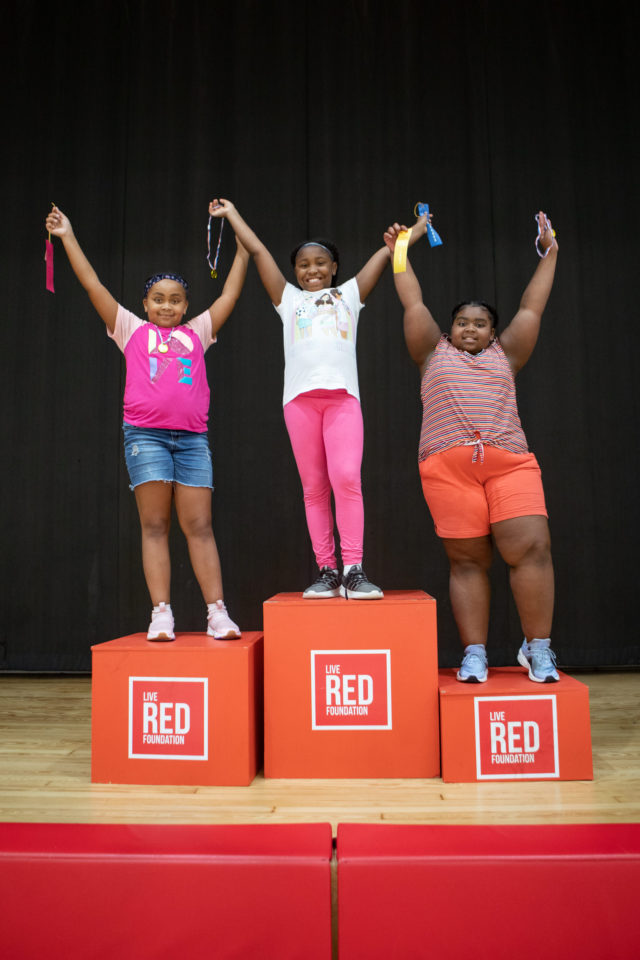 Note: All of these photos were taken at the National Night Out at the Salvation Army Boys & Girls Club.

Jill retired 3 years ago, standing on her feet all day every day and the other physical demands of nursing just became too taxing. Even so, when she retired, her first move was to look for ways to continue to help others. She signed up to volunteer as a Pediatric Nurse Practitioner at Crossover Ministry Clinic a few times a month, where she helps treat people in need, especially children and immigrants.

Then came the Live Red Foundation. She had been training at Endorphin Fitness for years and was asked to serve as Development Coordinator as the non-profit was started by the founder of Endorphin Fitness.

“I believe in the Live Red Foundation,” says Jill, “and I can relate to these kids, because I was there. We help teach life skills; we teach them how to take care of themselves. I love watching them stand triumphant on the podium, having experiences they never had in their lives. It is just so amazing.” 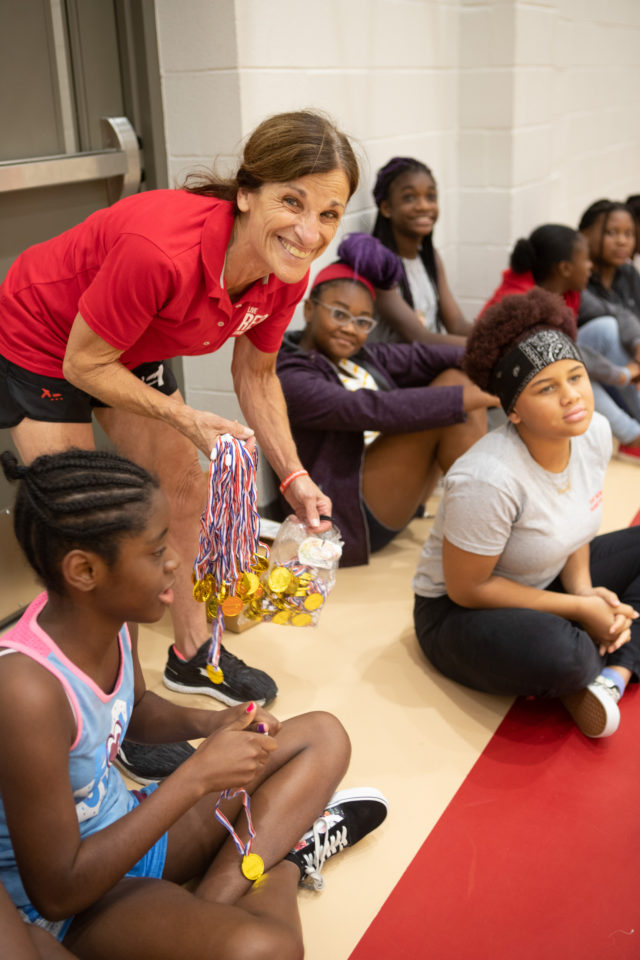 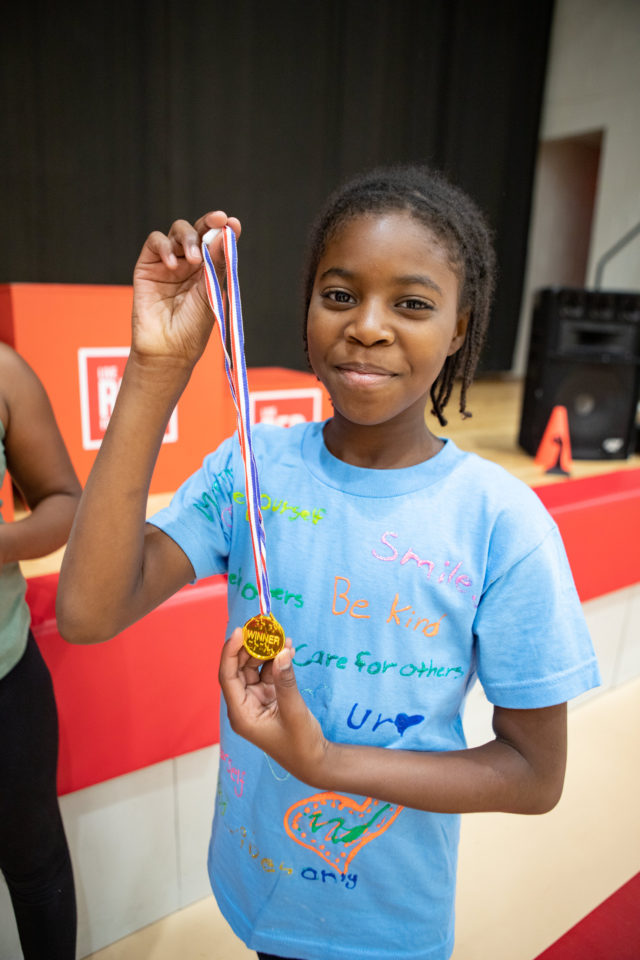 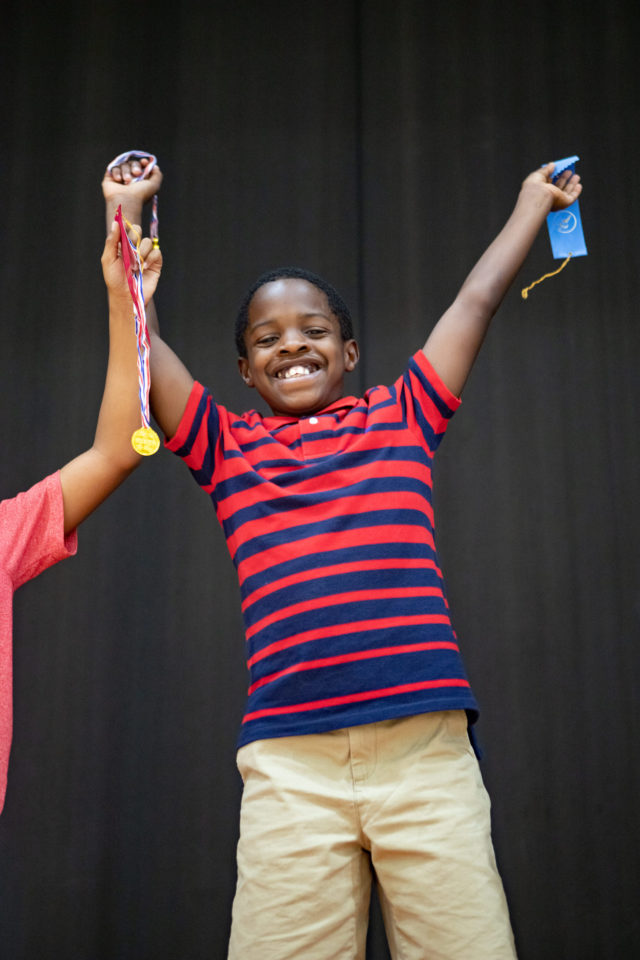 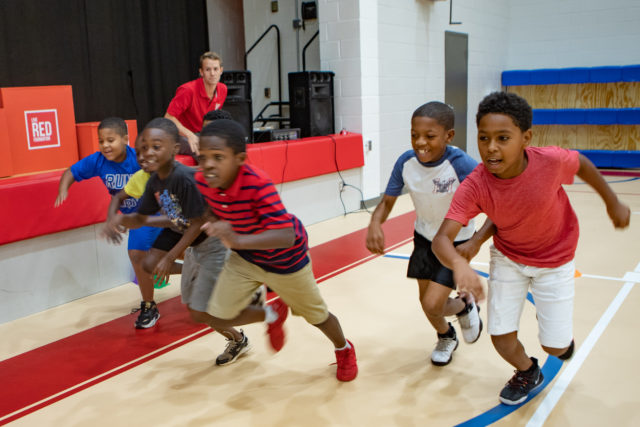 Physical fitness and training continue to be Jill’s salvation.  So, when asked what one thing she would love to do in her life, she replies that she would ride in the Alps. That is indeed a beautiful life goal.

And what about lessons learned at this point? Here’s what she had to pass on:

I met Jill, and so many other great people, at Synapse, a business networking organization in Virginia that supports community non-profits while simultaneously supporting business owners.

She tends to approach new people and groups with caution, and joining Synapse was a big step outside her own comfort zone. But it turned out okay: “I still live life with guardrails and Synapse helped me get rid of the guardrails,” she says. “It lets me know there are nice and good people in the world…and it has taken me to this age to believe that.”

Almost without fail, when I sit down with someone and I ask them to recount their Second Act, what I hear are stories of heroism, bravery and overcoming significant challenges. Also, without fail, these individuals tell me they do not think they are deserving of special praise. Rather, they feel they have simply lived their lives and dealt with what life put before them and giving back comes naturally.

Ordinary heroes–they are all around us.