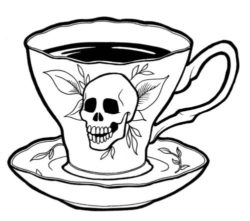 CategoriesThinking About Dying · This Boomer's Life

Some time ago I saw a newspaper article with the headline “Death Café,” and I was both intrigued and bit repelled. What could that be? A few months later when I heard about death café sessions here in Richmond, I had to go. This seemed like a topic of interest for Boomer Connections.

I took in two different sessions, each hosted by a specialist in the Richmond area whose work provided valuable insight into the death experience. I can report that the sessions were neither creepy nor macabre. Rather, these cafes are part a movement that advocates practical discussion about a human experience we will all share, but that almost everyone fears and hesitates to discuss. Why? This was the question posed by Shelby Kirillin, who convened the first Death Café I attended.

Shelby is a critical care nurse who has seen her share of death during her career—and more often than not, bad deaths. She began to ask herself why it has to be this way, why the experience could not be a more peaceful, natural end to life’s journey. Shelby became certified as an End of Life doula, and named her business Peaceful Passings.*

About 40 people attended the event, held at a cozy Stir Crazy Cafe in Richmond’s North side, on a beautiful summer evening. As soon as I walked in the door I could feel a sense of serenity, I’m not sure how else to explain it. Not somber, but peaceful. The audience was mostly women, although a few men were present as well. It was after hours so we had the place to ourselves.

As we settled into chairs and got our snacks and tea, Shelby introduced herself and the plan for the evening, and asked us to gather around into small groups.  She posed a few questions to get the conversation started, mostly about each of our personal experience with and feelings toward death. I like this approach, the idea being that the topic should inspire sharing and the process of accepting mortality and embracing it as a natural process, even though it comes with a great deal of grief and loss, and to help others do the same.

I met the most fascinating people that night, and heard such heartfelt and beautiful stories. Four of the women at my table had come as a group; they were dealing with the imminent death of a dear friend who was losing her battle with cancer. They were grief-stricken and trying to find a way to cope. Each talked about how they had rallied around her, holding “chemo parties” during her treatment to try to provide joy and laughter and sisterhood even though the situation was dire.

A few in the group were nurses who knew Shelby professionally. One works in a clinic that treats ALS patients, which takes a special kind of strength and a special kind of nurse. I told her I found her work heroic and she responded that it was the patients and their families who were heroes, every day displaying courage despite all odds. She clearly loved her work.

Also at our table was a Celebrant who worked at a local funeral home. Her function is to meet and speak with the family of the deceased to find out about their life, who they were and what they meant to those around them, and then to celebrate that life at the memorial service. We talked about the funeral business and how there are alternatives to traditional funerals that may be more in line with a loved ones wishes and the life they lived. I also met a medium who helped communicate with loved ones who had passed to the other side and who helped facilitate the grieving process to those open to such a concept.

While I was there out of a writer’s curiosity, I have my own difficult history with death. My sister, the second youngest in our family of 6 siblings (I am the youngest), died from cancer when she was 6 years old. It scarred our family permanently in various ways, my mother most profoundly. She was never able to handle funeral services from that point on, and when her parents and then my father passed away, was traumatized all over again. As a 3-year old my concept of death was also one of fear and dark sadness. I came away from this experience with a greatly expanded concept of dying and a sense of peace from sharing my story within a kind and supportive group of people—who came into the café as strangers and left having forged a bond, a connection. I am constantly reminded how this connection can make a profound difference at life’s difficult junctures. My partners and I started this blog and named it Boomer Connections for a reason. We Boomers all have shared the same moments in time, many of the same experiences, and have a lot to offer each other.

And so as always, we welcome your thoughts and stories. What has helped you cope with death and dying?

*You can find Shelby at: peacefulpassings.wordpress.com, and she can be reached at shelbyk1021@gmail.com. On Facebook: RVA End of Life Network.