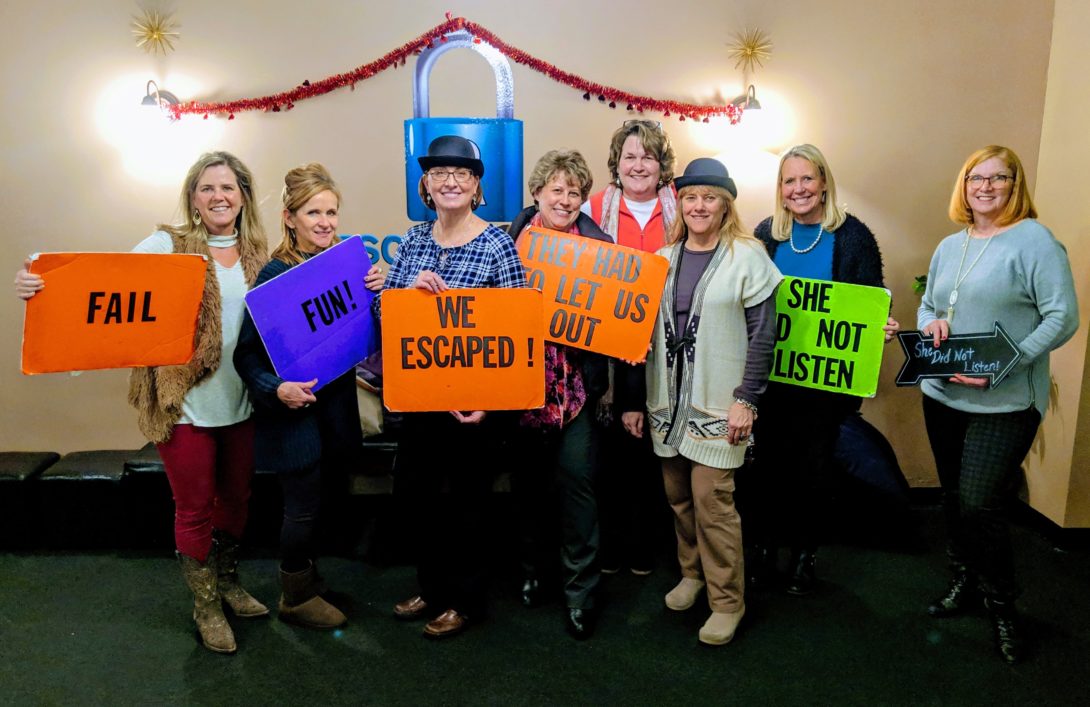 I have been seeing these “Escape Room” storefronts opening up everywhere. I have been mildly curious. So, when the ladies from the neighborhood decided to go to River City Escape Room in Richmond VA in celebration of our friend’s 60th birthday, I felt this new experience would be perfect for the next “small pursuit.”

The concept behind these adventures is as follows: you and your group are led into a room, kind of like a stage set. You are given a set of clues and you try to solve a mystery within 60 minutes. It is intriguing because it makes you think, use your intuition, work together, and play detective. 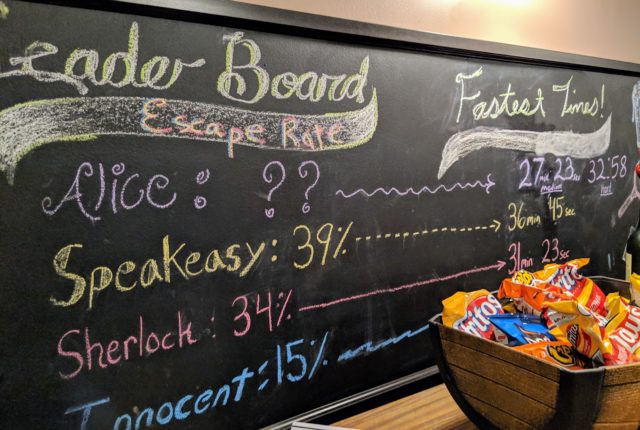 Each room has a theme and these change periodically. Our choices the night we ventured out to River City Escape Room were: Sherlock Holmes: The Case of Lord Byron’s Murder; Alice in Wonderland; and Speakeasy: The Greedy Barkeep. We chose Sherlock. The rooms are custom designed and detailed in order to, as their web site notes, “immerse you in the story and create an experience you will never forget.” Some of the rooms present more of a challenge than others, so the age of the participants must be taken into consideration.

The first order of business before entering the escape room is to get a briefing on the case you will be solving. Here was ours: A wealthy and eccentric Lord Byron had a premonition his days were numbered, and indeed he was murdered–leaving a will that is being contested by nefarious relatives, but not before Byron left a series of clues as to where the real will is concealed, which will reveal both beneficiary and perpetrator.

In your room, you have access to the “gamemaster” via cameras and two-way audio. If you really get stuck, you can ask for up to three clues per game in order to keep the action going.

Of course, the first thing you do when you enter the room is to assess the situation and try to figure out what is out of place. Where are the clues? You find one, and then it leads you to another, and then another, etc., etc. Some, however, are very vague or puzzling. Some give you a riddle to be figured out, and can be very obscure. Teams take different approaches to solving the mystery. Some operate in a kind of free for all. They run around like crazy trying to figure things out for themselves. Others take a more team-oriented, rational approach.

You can learn a lot about people based on the way they approach problem-solving. This time, my friends were mostly team players. We are a group of 50+ ladies, neighbors who have known each other for 20 years. We tend to be oriented towards politeness, reason and teamwork. I was amazed at some of the stuff my compatriots figured out and how committed they were to the challenge. In all honesty, like the reporter that I am, I was more interested in observing the whole operation than figuring out the clues. What was fascinating to me was watching how everyone’s mind worked. While it was a fun ladies’ night out, I can see why these experiences can have an application to the business world, as a teambuilding exercise, for example. 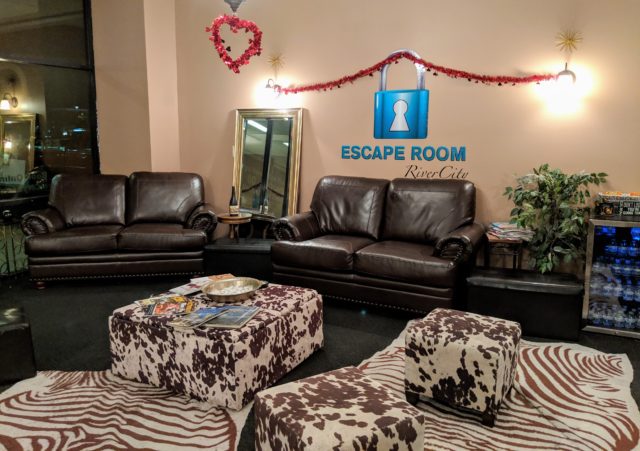 The escape rate on our Sherlock Holmes adventure is 35%, meaning only 35% unravel this mystery in the time allotted. Were we among this percentile? No, we were not. It was really tough! But it was pretty interesting how much we did solve by putting our heads together, each of us having certain intuition and insight—pieces of the puzzle that we put together clue by clue. Was it a successful small pursuit? Yes! I have never done anything like this before and it was very interesting and highly engaging. Also, my curiosity about the escape room craze is finally satisfied. But for the next pursuit, I want something that does not make my brain work so hard. Maybe checking out a new winery? Stay tuned.