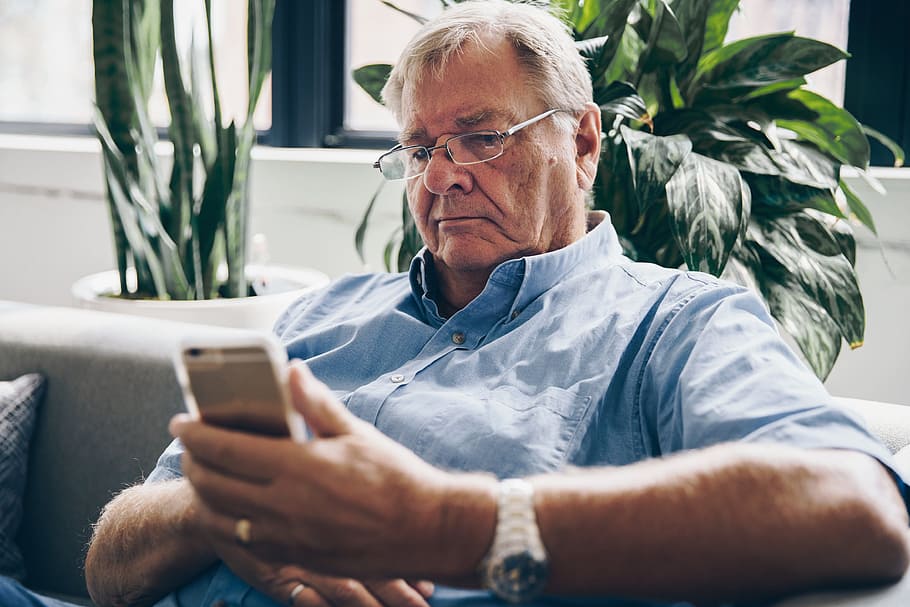 What is invading my peace these days is telephone scam calls. It is relentless! I have been experiencing an increasing amount of calls that are disguised scams or sales calls. I get calls from all over the United States and even one that was from Turkey! Are they bothering you too?

When the calls started, I did answer a few… fussed at a few… ignored some… They kept coming, of course. I remember one time the person on the phone said that they could offer me a better credit rate. I had heard this before and hung up, but this time I felt like some harmless play, so I acted excited. I said, “Really? You can do that for me? That’s great!” The caller asked, “What rate are you paying now?”

There was a pause, then they hung up.

Only once did I almost fall for the message I was getting. I had mailed my car insurance payment a week before the call, and the folks on the line said, “This call is regarding your car insurance payment.” I was surprised – at first blush, it almost seemed legitimate, because of the coincidence of having made my recent payment.

But I felt funny about it, suspicious. Its called ‘intuition’… when the hairs go up at the back of your neck, or you feel queasy in your stomach. I believe it was the Lord, warning me. My advice is to heed the warning, listen to your gut!

I repeated, out loud, what they had told me a couple of times: that the call wa regarding my car insurance payment. Then it clicked in my mind, that they did not say who they were. I asked, what company they were advertising for (I forget what company they named) and I responded, “I’m not interested. Thank you.” And hung up, proud of myself for not falling for any tricks. Whew, that was a close one!

By the way, that phrase, “I’m not interested. Thank you.” is one I’ve repeated many times. It’s firm, to the point, and not abrasive. The next step is always to immediately hang up. Please try it, if you haven’t developed a good stand-by phrase for yourself yet.

Then one day it became especially aggravating: It seemed I was getting a call every 5 minutes, all different numbers, all from the source designated as “The United States.”  I reached out to my cousin who lives in Texas and I asked her advice as what I could do. She is savvy, especially with electronic matters and social media. She told me to block every questionable call, and instructed me how to do this from my iPhone.

Get this: She also explained that I may be getting more scam attacks because of my age.

Yikes! Just when I’m getting older and maybe thinking a bit slower! I had thought I could relax in my golden years, but no. This is the time for scammers to come out of the woodwork to attack us! I realize that I might appear to be more vulnerable.

What happened when I blocked every questionable caller? Immediately, I felt empowered. I felt satisfaction. And, these types of calls have decreased since I began blocking.

What in the world are we to do?

We’re under attack, folks – in more ways than we may imagine! Like in John 10:10, our enemy wants to steal, kill and to destroy us: our finances, our livelihood, everything!

Let’s talk about emails for a minute. I have seen scam emails before, but nothing relating to an actual transaction I had made, that is, until a few months ago….

I had ordered a few blouses/tops from JC Penney, and I received their confirmation. I could expect them to arrive the following week. Then, a week later, I received emails – several – saying “We have your order waiting for you,” or “Your order was delivered to the store.”

What? I was confused. It was supposed to come to my house. What store would it have gone to? I almost – almost… clicked on where it designated me to go for details. But I began to have that all too familiar funny feeling in the pit of my stomach. Thank you, Lord!

Instead of clicking where designated by the email, I Googled the phone number for JC Penney, and then called Customer Service. The representative verified that my order was on its way – to my house – and that the emails I had received were NOT from JC Penney. The bogus email address had one extra letter in it. Likely, if I had used the designated phone number in one of their emails, it too would have been bogus and who knows what kind of trouble I may have exposed myself too. I deleted the emails. My order arrived on schedule, and there were no more emails after that.

Following that incident, I ordered a book from the Thrift Store, and received confirmation. Quickly after, I received another email, asking if I was ready to submit my order. Okay – I did NOT fall for that one! I deleted the email immediately.

We know, don’t we? These are just a few of the ways that evil tries to creep into our lives. This is a serious business! Something does need to be done… but what? Realistically, we can’t be warned as quickly as new scams are happening. We have to educate ourselves about the tricks going on all around us. It’s very important that we stay aware of what unsavory folks–thieves and scammers–are up to!

A Facebook friend, William Lightfoot, has said in the past on his Facebook site that the National Council on Aging (NCOA) released a list of the top scams committed against seniors in 2019, And here are the top areas they found these scams in:

He encouraged us to go to ncoa.org for specific details. Let me shout out a big Thank You to William Lightfoot!

Follow this link to the articles he has written about the subject here at www.boomerconnections.com

and there are 4 tips they gave to stop scammers, which essentially are:

We can all educate ourselves and educate each other by sharing, as I have here. We can maintain an awareness of the predators in our midst, pay attention to that internal warning when it comes, and give deliberate thought to every decision before “clicking” on anything that would give out your personal information. That would include simple tips, such as knowing how to block questionable callers, to have a decisive ‘response phrase’ ready for them and to hang up; and to delete suspicious emails.

Take action to protect and promote your future peace of mind!