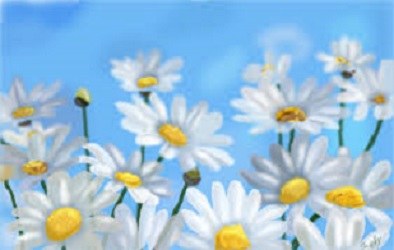 I Picked the Daisies

Early in my freshman year of college, I happened upon a card with a now timeless message that absolutely spoke to me. It begins and ends with: “If I had my life to live over…I would have picked more daisies.”

I was an English major, so I encountered lots of poems, lots of great literature, and lots and lots of words during my years of education, but I don’t think any have resonated more than this one. I kept the card most of my college years, pinned it to my bulletin board in my various dorm rooms and apartments. It was there to remind me that I wanted to really live, and at the end to have no regrets. After college, all that stuff got put away or thrown away and I haven’t looked at much of it since.

Recently I started in earnest to clear the decks of the detritus that has accumulated over the course of 37 years of marriage and 20 years of parenting. It is time to de-clutter our lives, our minds, and the attic, as we move onto our next chapter as empty nesters. Interestingly, during the course of this frenzy, the card surfaced. I saw it as an omen, a reminder, a question from the universe: Did I do it, did I pick the daisies?

Hopefully I’m not at the end yet, but I think I can say mostly, yes. I picked a lot of daisies, and countless other flowers. I definitely ate more ice cream than beans. Took lots of trips, climbed many mountains, saw tons of sunsets. So, yes and yes. Burned so much gasoline with a life partner, my husband, who loves to just drive and drive and see what there is to see, just like me.

I guess I could tell that impatient, restless, seeking18-year old self who was so afraid of missing out, to rest easy. However, I still am afraid of missing something, and that is a good thing. It keeps me on my toes! It is the reason I write the blog series “Let’s Wander,” about going out into the world near and far, and seeking adventure and new things to learn. Or series like “The Relevancy Project, “ because I feel so strongly about living a meaningful life all my life and staying in the game. I want nothing more than to pass on that restlessness. Here are the words that have remained in the back of my consciousness all of my 55 years and remained my compass:

If I had my life to live over,
I’d dare to make more mistakes next time.
I’d relax, I would limber up.
I would be sillier than I have been this trip.
I would take fewer things seriously.
I would take more chances.

I would climb more mountains and swim more rivers.
I would eat more ice cream and less beans.
I would perhaps have more actual troubles,
but I’d have fewer imaginary ones.

You see, I am one of those people who has lived sensibly and sanely,
hour after hour, day after day.
Oh, I’ve had my moments, and if I had to do it over again,
I’d have more of them.
In fact, I’d try to have nothing else.
Just moments,
one after another,
instead of living so many years ahead of each day.

I’ve been one of those people who never goes anywhere
without a thermometer, a hot water bottle,
a raincoat and a parachute.
If I had to do it again, I would travel lighter than I have.
If i had my life to live over,
I would start barefoot earlier in the spring
and stay that way later in the fall.
I would go to more dances.
I would ride more merry-go-rounds.
I would pick more daisies.

Here’s hoping you continue to pick the daisies too!!