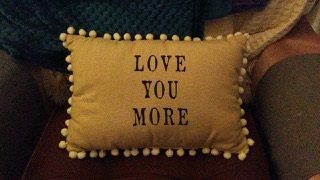 Small Pursuits of Happiness #12: Write a Note of Gratitude

What am I grateful for? 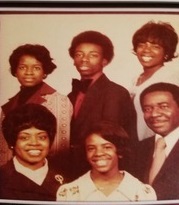 I’m grateful for many things in life.  But one of the things I’m most grateful for was the opportunity I had to have known a great lady by the name of Pearl Thacker.  I met her for the first time at the Dill Avenue Church of Christ about 40 years ago.  She was married to Preston Thacker, Sr. and they had four children.  One older than me (Vi), two around my age (Cindy and Preston, Jr.) and one younger (Regina).  She was known around the church as “Ma Thacker” and her husband was “Pop Thacker.”  They could easily have been my parents.  Ma always looked after us younger women in the church. 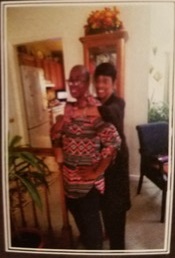 Pop passed a few years ago and Ma was left with three of their children (the oldest child died before Pop).  Ma was a woman who had been living in pain most of her life with many health issues.  I really admired how she would keep on going knowing the pain she was in.  She was a great role model for me and many others, in that you don’t allow pain to keep you from doing your passion, the Lord’s work.

Even recently, she had been to the emergency room, but she would not let that get in her way of making it out to the church building as soon as she possibly could.  Ma was a little bit stubborn sometimes in wanting to be independent but seeing her at the greeter’s table, one Sunday morning after being in the hospital, welcoming each one to the worship services, really made my day.  What a great example she was.  She could not do a lot, but she did what she could for as long as she could.

Ma passed away on April 1st.  Her funeral was on April 5th.  There was a video that was played of Ma’s life and that was one of the things that was mentioned in the video, that she kept going despite her pain.  Goodbye, Ma.  I love you and she would say, “I love you more.” 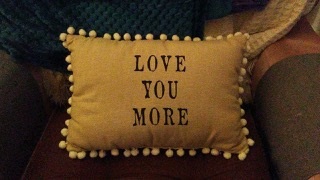 One day I found a pillow that stated, “Love you more” and I bought it just for Ma.  Her daughter said she kept that pillow on her bed.  In Ma’s last hours, the family had her hand propped up on that pillow.  The last time I saw Ma, I rubbed her hand lying atop the pillow.

After I wrote this article, I sent it to Cindy Ma’s daughter and caregiver.  This is what she had to say:

“I appreciate you loving my mom all these years.  It is challenging to go on without her after taking care of her for so long.  But she would want us to.  Even though there were some frustrating moments in our walk together, l would not have changed a thing.  As she became more and more “my baby” l would tell myself that l needed to be patient as l don’t know who may have to care for me one day!  I would want to be treated with love and respect. “

One thought on “Small Pursuits of Happiness #12: Write a Note of Gratitude”